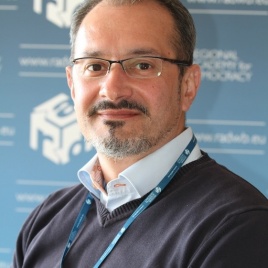 Mr. Zeljko Ivanji serves as Advisor for security and judiciary matters in the Office of the Deputy PM for European Integration. He previously served three terms as MP in the National Assembly of the Republic of Serbia. He has been a member of the G17plus since 1999 being a member of the Presidency, the Main Board, the Municipal Board and President of the Disciplinary Commission of the party. He has co-authored several legislative proposals: Law on conflict of interest in the performance of positions of public importance, Law on the Anti-Corruption Agency, Law on confiscation of property acquired through crimes. He has written several articles published in national and international journals. He was a consultant and lecturer at the New Cooperative Principles Project in 2002, the Regional Coordinator of the project Capacity Building of institutions of local self-government in 2001, and project coordinator on the project of the Federal Bureau of Plant Genetic Resources and the U.S. Department of Agriculture in the area of training of individual farmers. His professional career was in the Serbian Postal Service.
Mr. Ivanji holds an MA from the Faculty of Economics, Finance and Administration, and an MA Degree in international business law from the Faculty of Law in Belgrade, where he graduated.